Educational posters of this Tree of Life are available from our shop. We also make custom posters of the Tree of Life using a design and size of your choice. Contact us at https://www.evogeneao.com/en/contact-us

But science has only an approximate idea of what ancient common ancestors may have looked like. For these ancient ones, we've made highly speculative illustrations and assumed in most cases that they looked like a modern example of the next oldest branch. This assumes that little evolutionary change has taken place in the form of that organism, which is a big assumption. But this admittedly flawed protocol has been followed, rather than just replace those common ancestor illustrations with a big question mark.

The geologic time scale begins at the center bottom, at Earth's birth, more than four billion years ago. As you move away in any direction from this point toward the outer margin of the tree, geologic time gets younger and younger, until at the outer edge of the tree you arrive at the present day. Times on the geologic time scale are shown at the base of the diagram in millions of years before the present. These are traced through the tree of life along curved, dashed lines of equal time value. Any point on the Evogeneao Tree of Life can be placed in geologic time by using these curved timelines.

Biological evolution proposes that all living things, including humans, have a common ancestor with any other living thing. On the Evogeneao Tree of Life, students can discover when in the distant past these common ancestors lived. For example, trace the human branch back through time along the yellow guidelines using the partial Evogeneao Tree of Life below. Follow it back in time to the point where you meet the bright blue fish branch. This point on the Tree of Life represents the common ancestor between humans and fish (in this case, salmon). By using the time scale, you can see that this creature lived roughly 430 million years ago. The time of a common ancestor between any two of life's branches, large or small, can be found in the same way. 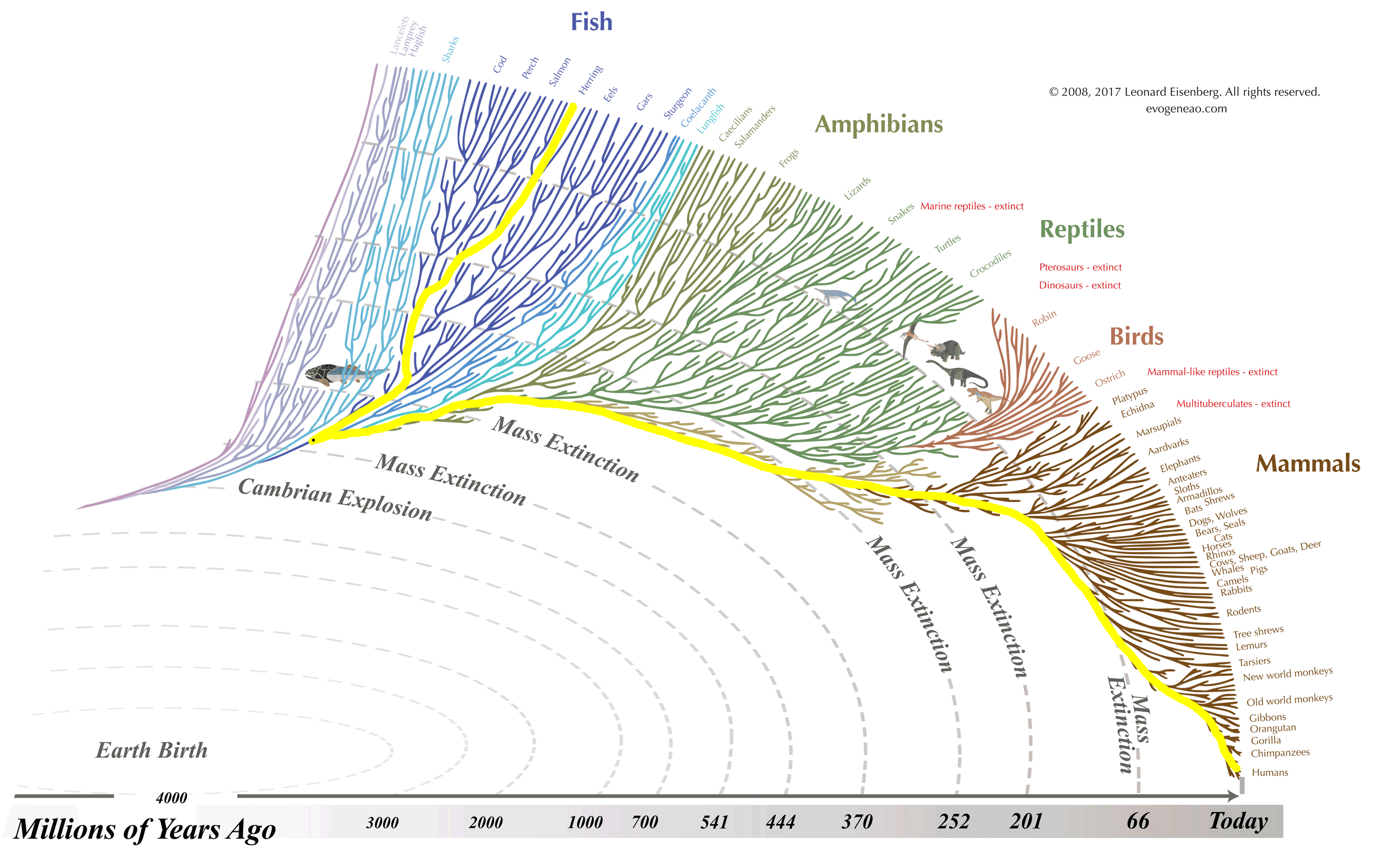 Another example: Follow the Reptile branch back in time to the point where it meets the Amphibian branch. The curved timelines indicate that the common ancestor between amphibians and reptiles lived about 355 million years ago. Each of the major branches on the Tree of Life is color-coded to make them easier to distinguish from neighboring branches.

Dr. Emanuele Serrelli from the University of Milano Bicocca used Evogeneao in a science fair in Milan, Italy in the fall of 2013. We also donated a box of Evogenao tee shirts for the event, and they were a big hit! These are some of the exhibits Dr. Serrelli created to explain evolution the Evogeneao way. 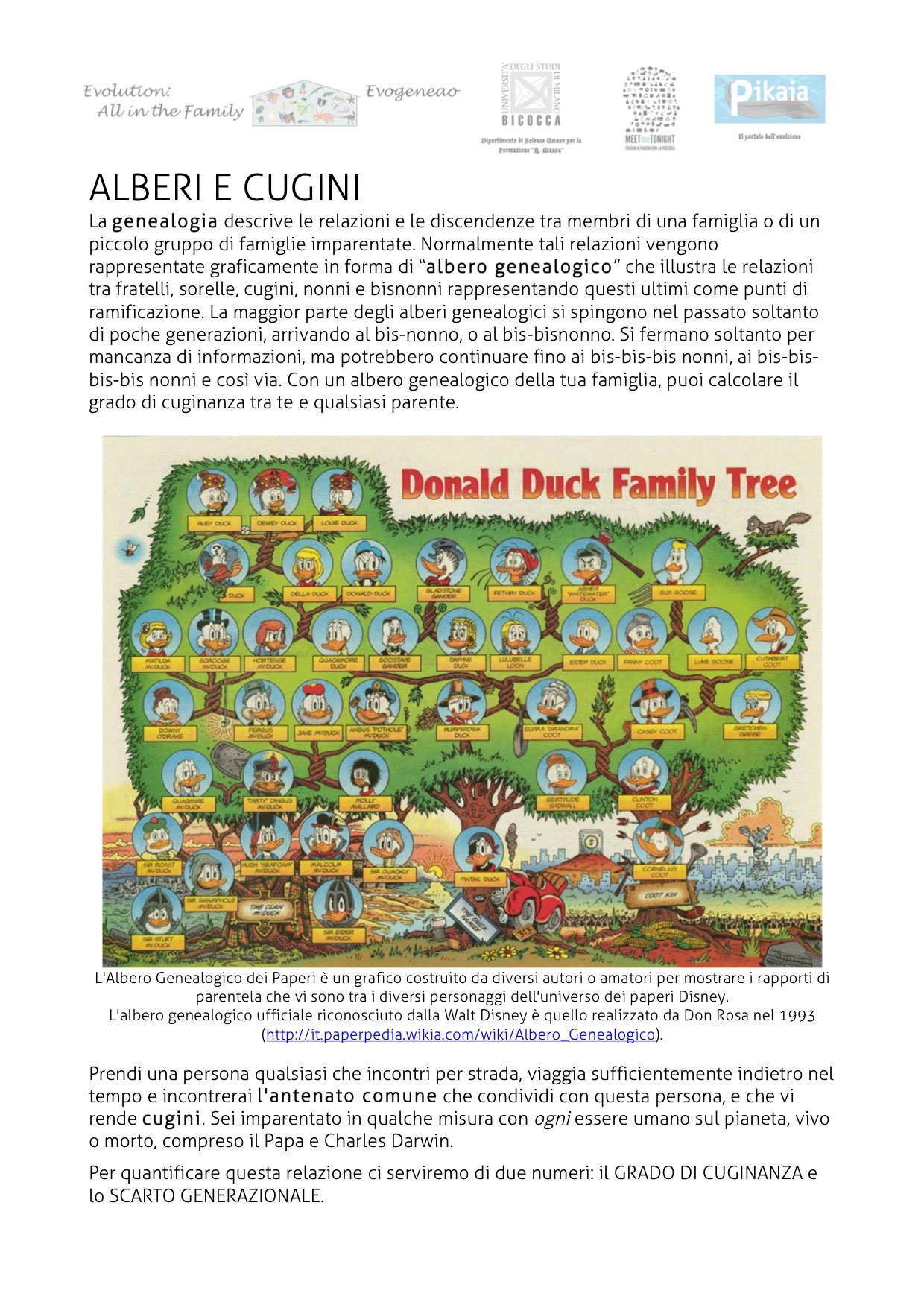 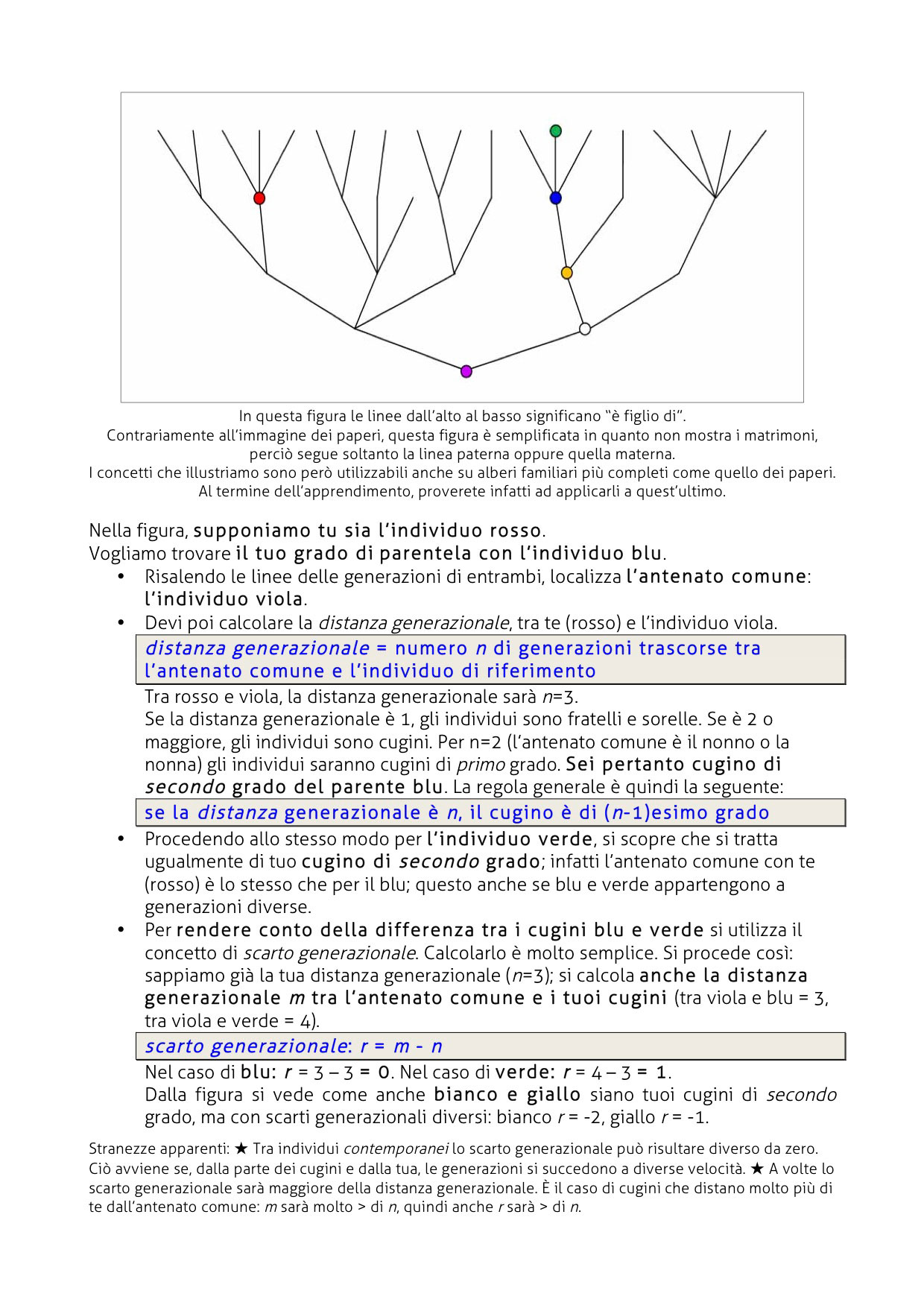 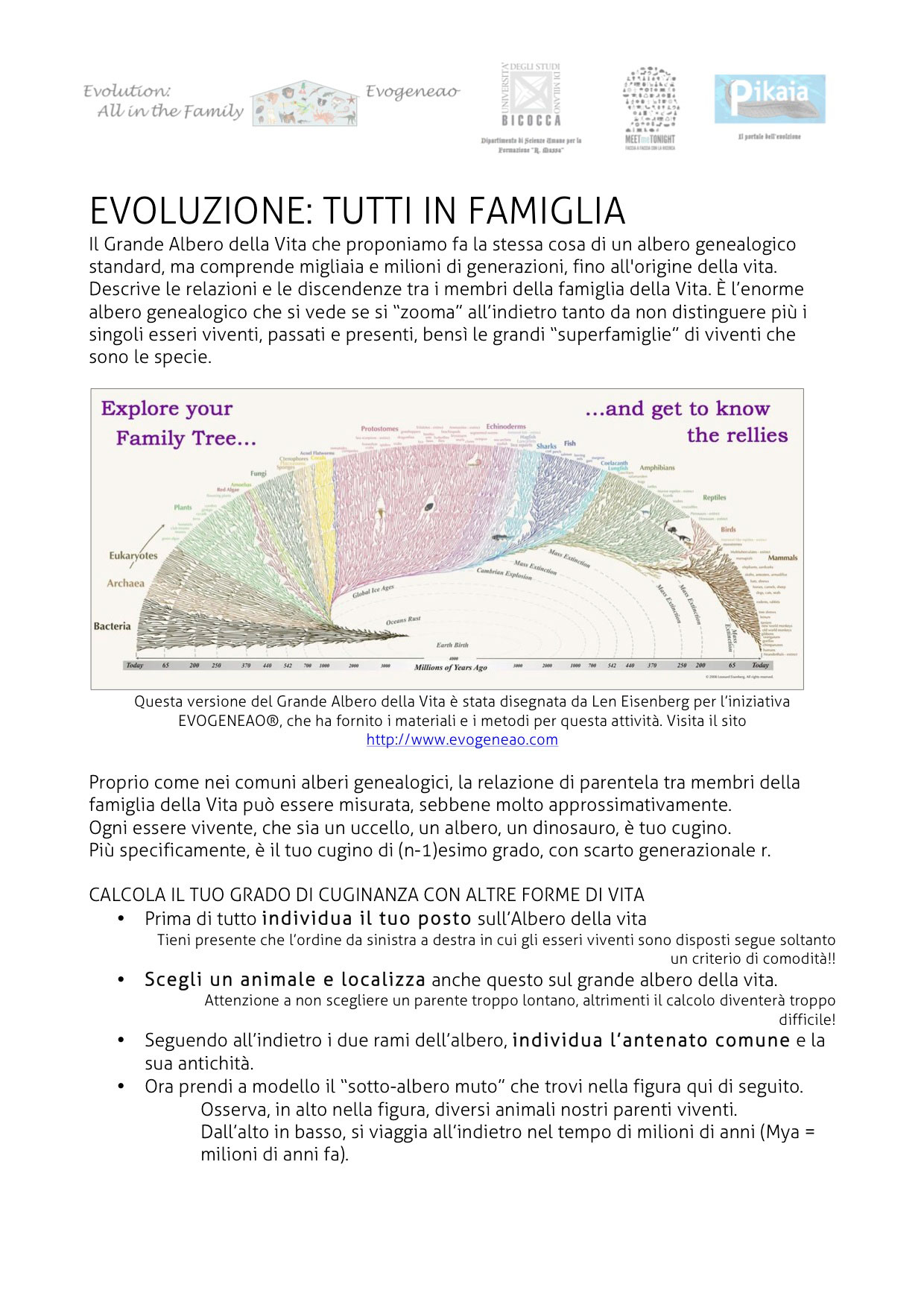 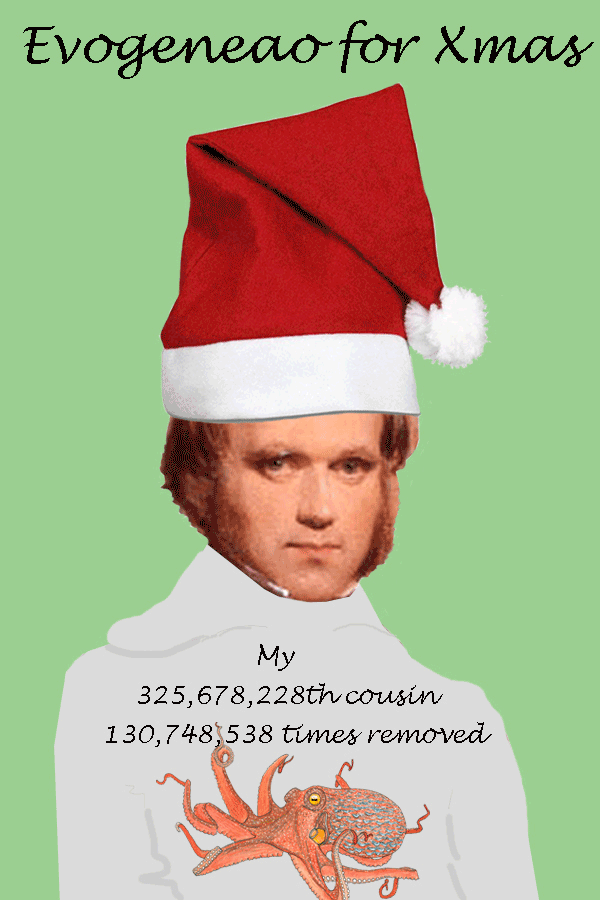